Sometimes people think that dementia refers to just one disease that causes memory loss and cognitive impairment.
However, that’s incorrect. In fact, dementia isn’t actually the name of any particular disease. Instead, it’s a blanket term used to describe a wide range of conditions that cause cognitive impairment. If you are a family caregiver with dementia, it can be particularly useful to know what kind of dementia they have since each has unique symptoms and treatments vary.

Below are 5 kinds of dementia family caregivers should know about.

Alzheimer’s disease is the most common kind of dementia, and also the one most people are familiar with. Somewhere between 60 and 80 percent of people diagnosed with a form of dementia have Alzheimer’s disease. It is a progressive disease, meaning that symptoms are mild at first and worsen over time, eventually causing the need for round-the-clock care. Alzheimer’s causes brain cells to die off. The disease most often happens in older adults, but about 5 percent of cases are early-onset, happening when the person is in their 40s or 50s.

This kind of dementia is characterized by protein deposits that gather in nerve cells. These are called Lewy bodies. You may also hear the disease referred to as Lewy body dementia. It shares many of the cognitive symptoms of Alzheimer’s disease but also encompasses some of the physical symptoms of Parkinson’s disease.

Vascular dementia is the second most common kind of dementia. It happens when the flow of blood to the brain is restricted. It can happen as the result of a stroke or by narrowing of the arteries. The symptoms of vascular dementia may come on quickly or happen slowly, depending on the cause of the disease.

Although Parkinson’s disease is a disorder of the nervous system, up to 80 percent of those afflicted with the disease may also develop Parkinson’s dementia. Symptoms related to dementia usually start around 10 years after the physical symptoms of Parkinson’s begin.

Huntington’s disease is a hereditary disease caused by a genetic defect. The gene for the disease is present at birth, but symptoms don’t start until between the ages of 30 and 50.

Are you or a loved one considering Homecare in Maumelle, AR? First Choice Senior Care can help. Serving all of Little Rock and Central Arkansas.
Please call and talk to our caring staff today. (501) 916-9307 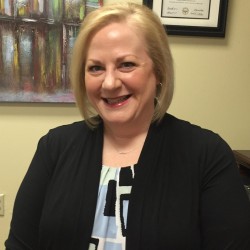 Kayla believes in advocating for and educating seniors and their families on a variety of topics and issues that impact them.Reflecting on the need for an independent home care provider interested in quality over quantity, she chased her dream of building her own company that would make a significant difference in the lives of seniors, providing a much-needed service in her own local community.

Kayla holds a Bachelor of Science degree from Arkansas State University, is licensed by the state of Arkansas as a Long-Term Care Administrator, and is a Certified Senior Adviser.